We spent a lot of time together while studying and came up with some crazy ideas. For example to produce our own alcohol.

THE FOUR VARIETIES OF STIN 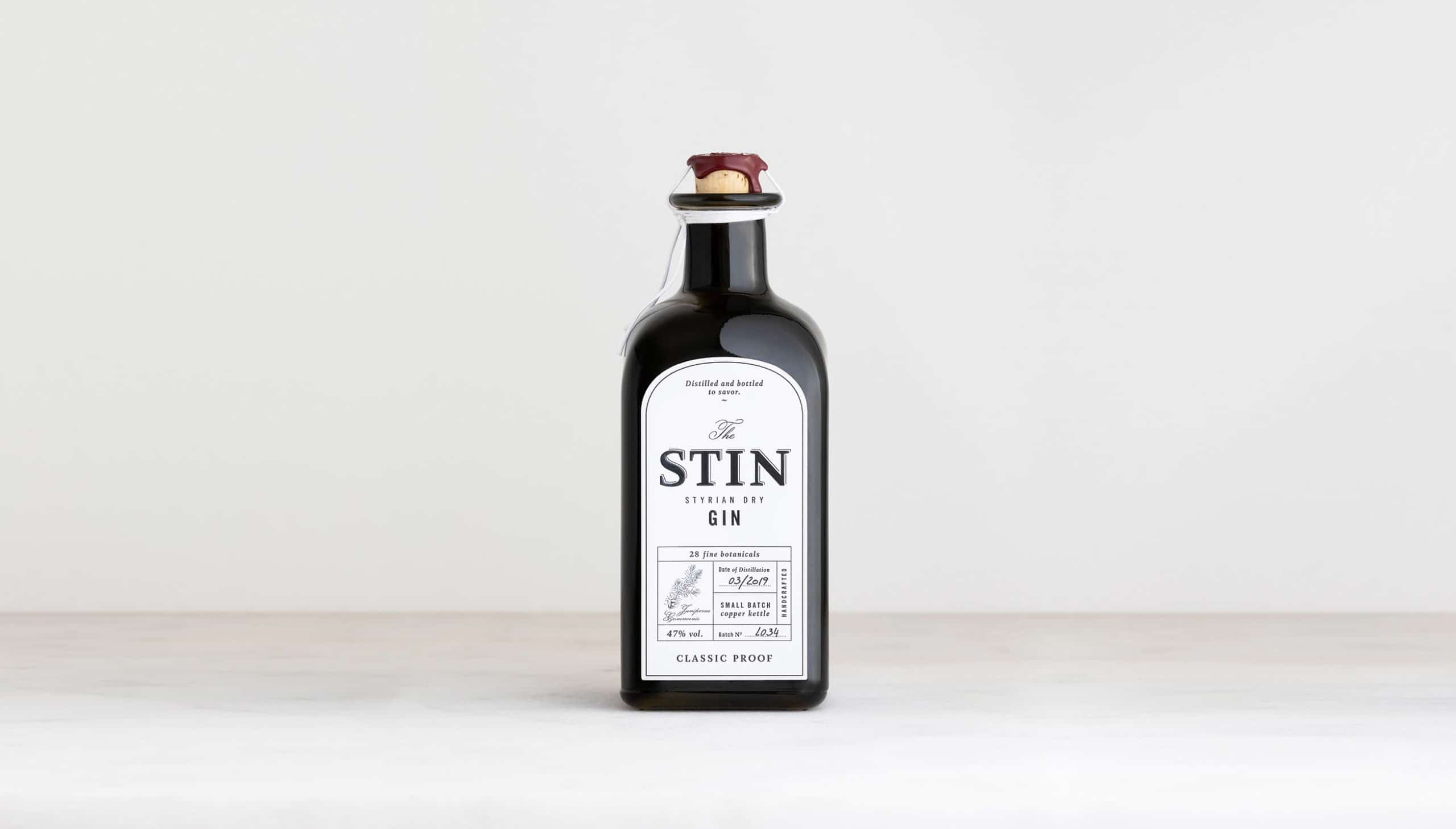 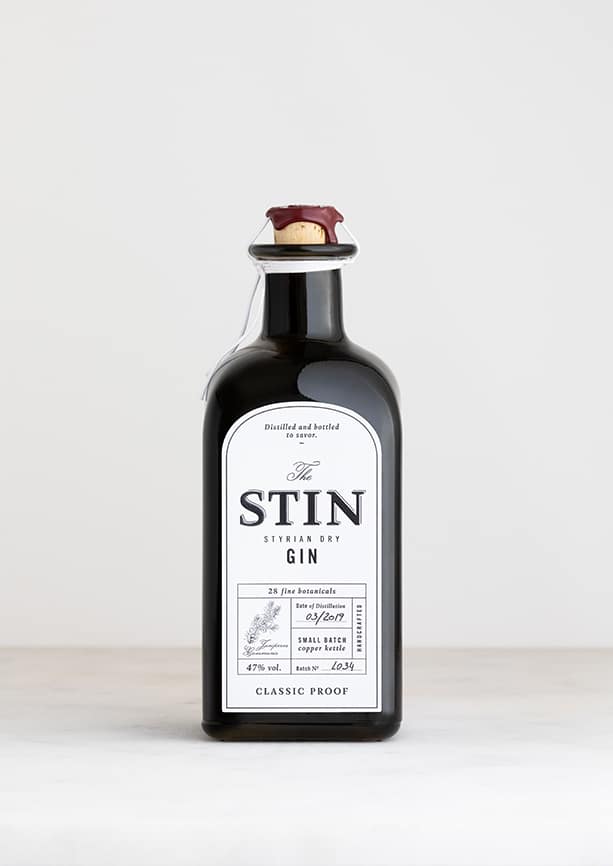 Bears its name for a reason, it really is the classic one. Juniper, apples from Southern Styria, elderflower from Eastern Styria, lemons and oranges combine everything that makes the STIN. Ingredients like caraway, coriander, ginger, cardamom and pepper add to its fine diversity of flavours. To preserve the Classic Proof's flavours for a longer time we distill it very gently. That means: in a copper kettle and in small batches.

After distillation we reduce the high alcohol strength to 47% by using Styrian spring water. Still strong, but just right. This is how we create a London Dry Gin without additives or preservatives. For our Classic Proof we also rely on a soft filtration. You're asking yourself what that means? This kind of filtration and the high amount of essential oils that origin from juniper and citrus fruits, make for a cloudy STIN while mixing. Everything is clear now: especially why our Classic Proof tastes unique. 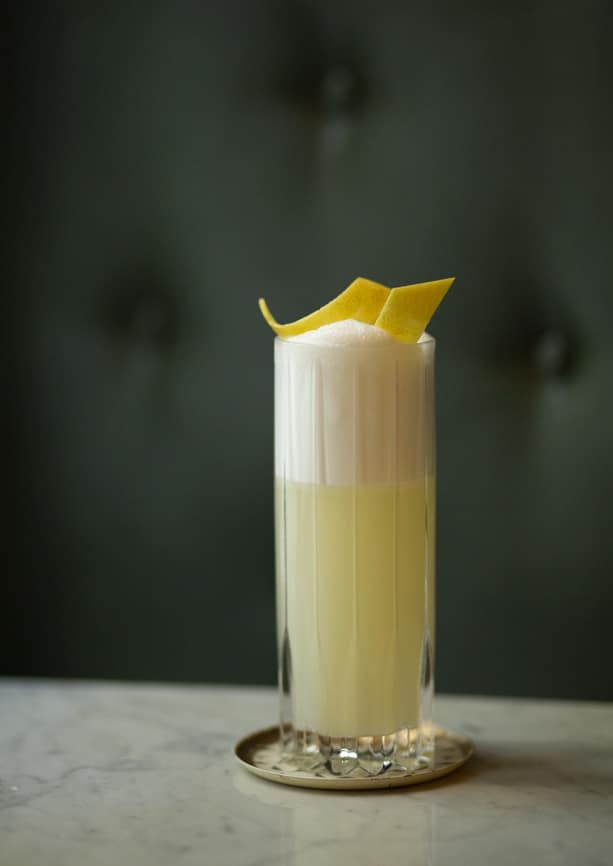 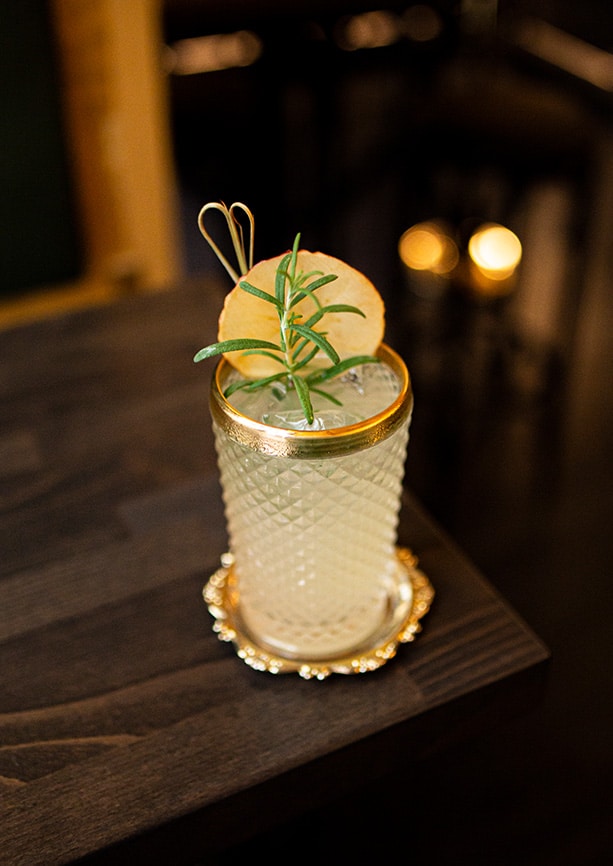 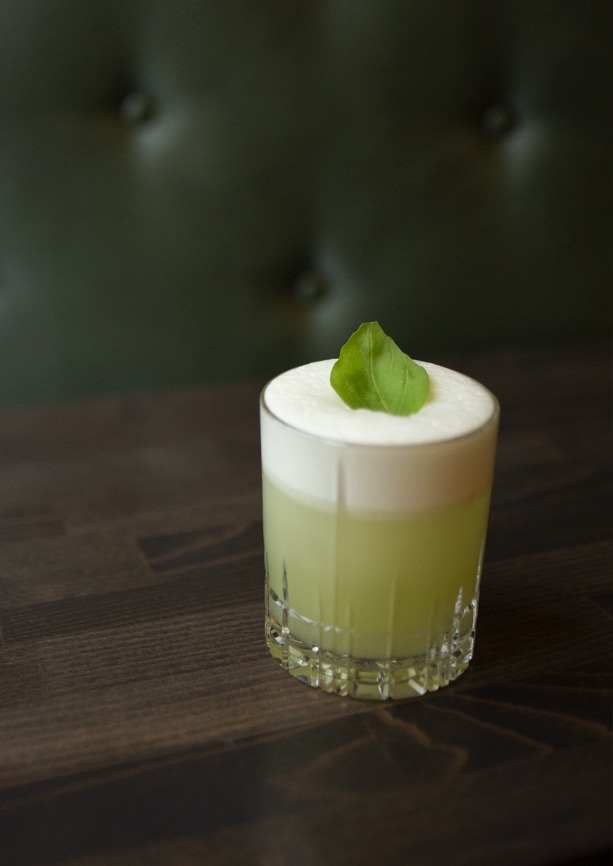 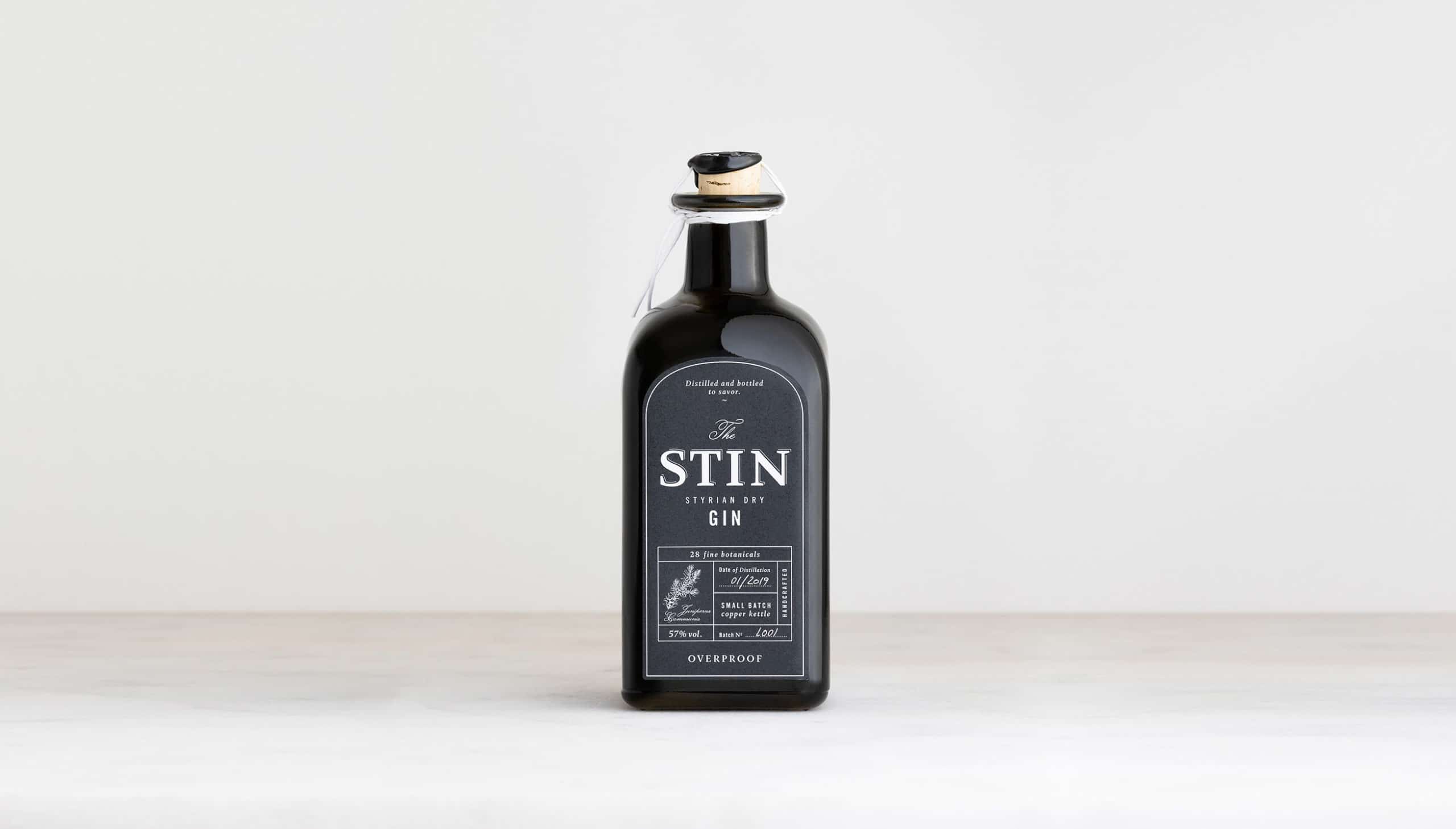 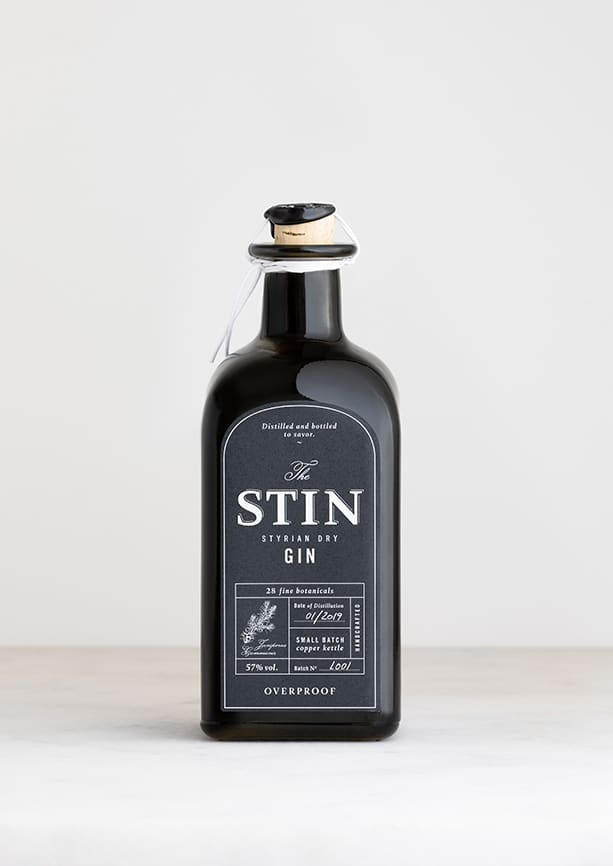 Overproof and Classic Proof have quite some things in common: the ingredients among other things. So juniper, apples from Southern Styria, elderflower from Eastern Styria, lemons, oranges, caraway, coriander, ginger, cardamom and pepper. It also gets distilled in a copper kettle and in small batches. Familiar spirits until right after distillation.

When producing our Overproof we reduce the alcohol strength to 57% by using Styrian spring water. The so-called Navy Strength, that really originates in the British Navy. The Navy used gin as an universal weapon in the 18th century (in sickness and for motivating sailors). To make sure the alcohol was not adulterated, it was inflamed. When the gunpowder moist with alcohol burnt – which it did at 57% alcoholic content – the quality was just right.

We have also found out that our Overproof becomes even more complete and flavourful, obviously without additives or preservatives. Since we also abstain from filtration, the Overproof becomes cloudy while mixing – due to the high amount of essential oils that origin from juniper and citrus fruits, which we use to create an unique taste. Or put differently: This is how the Overproof shows its full strength. 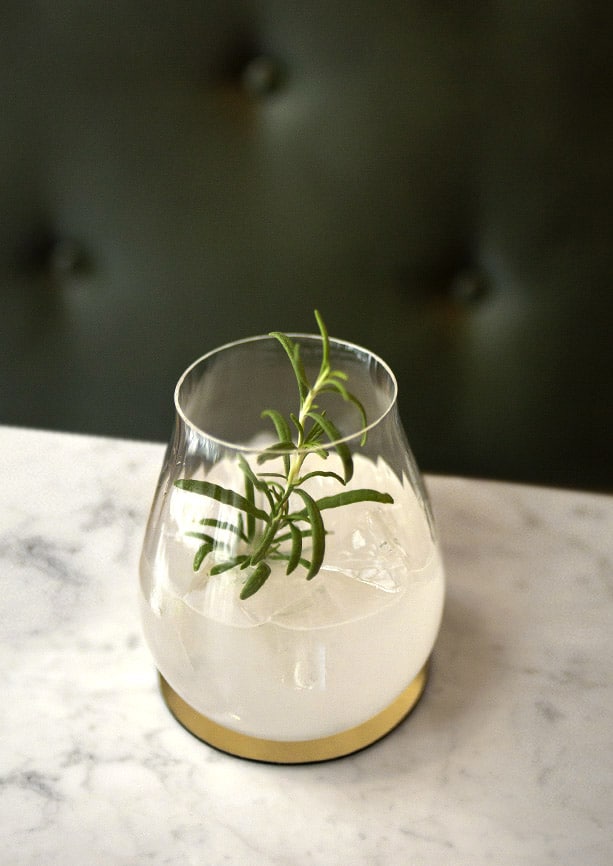 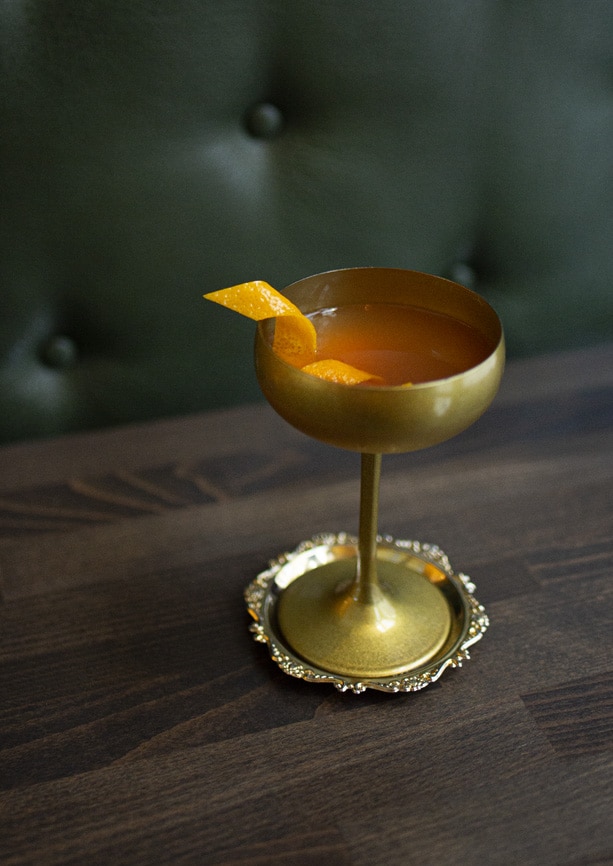 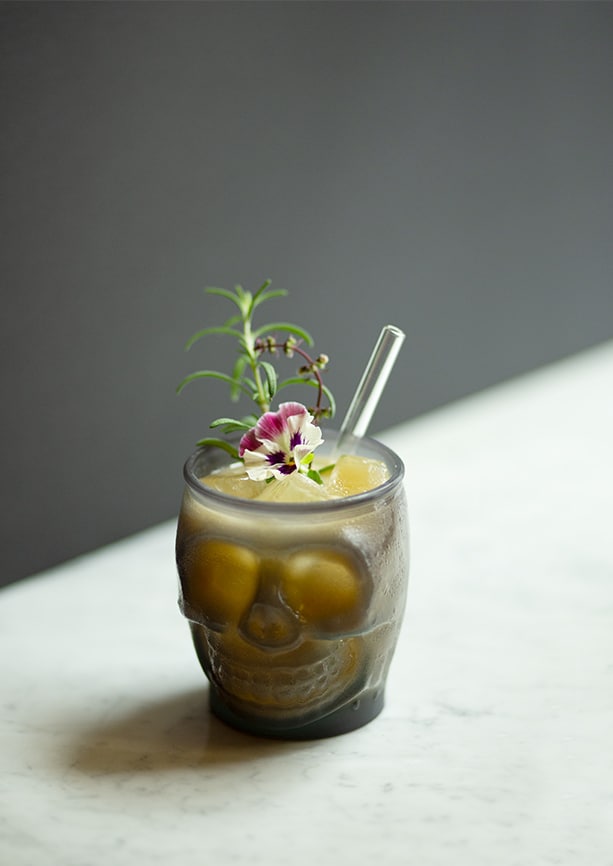 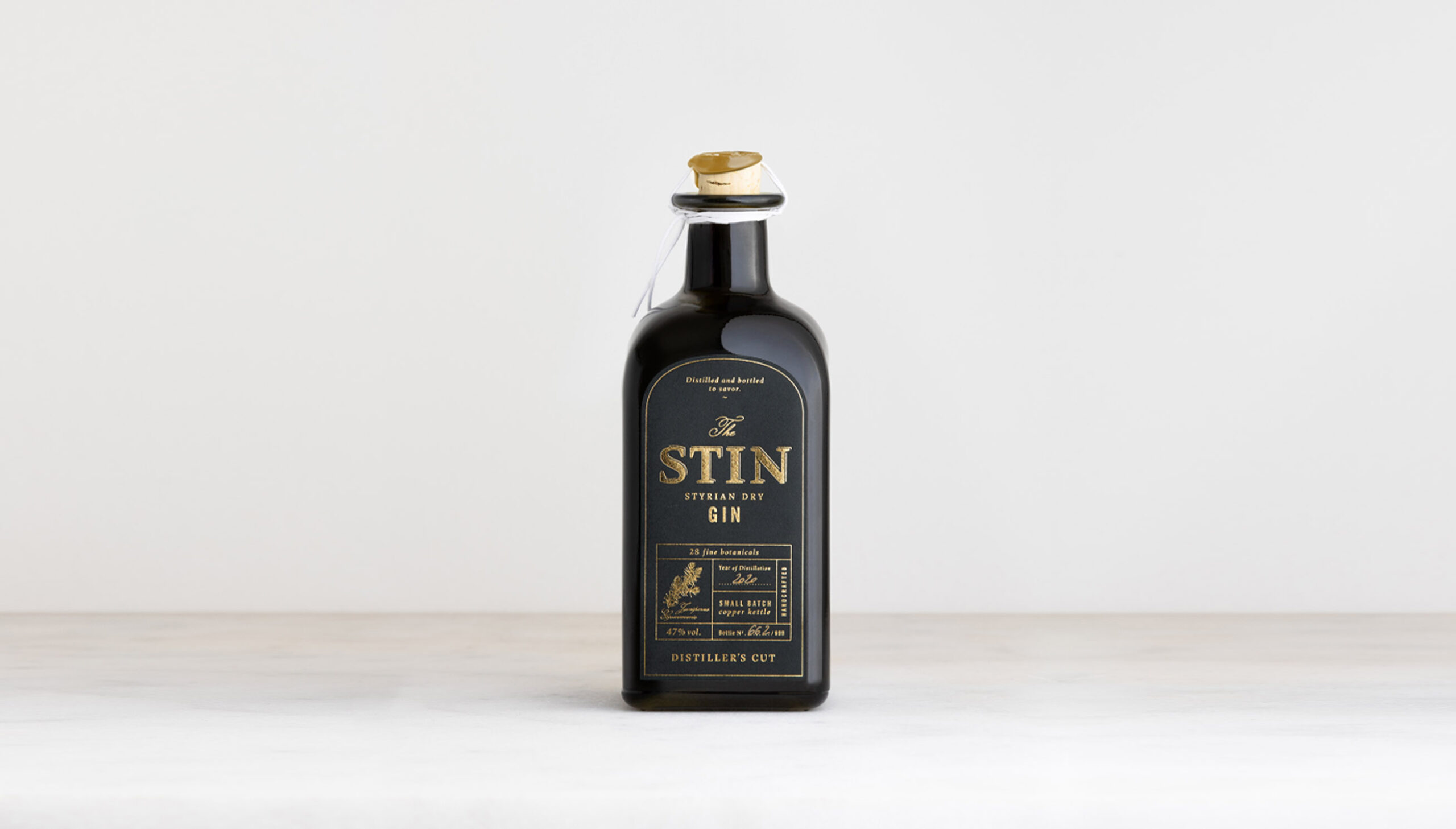 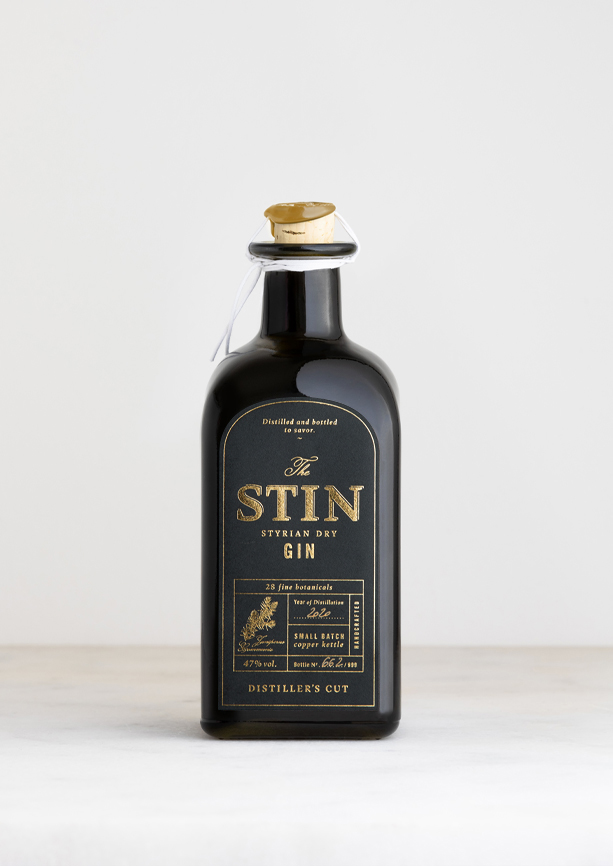 Variety is the spice of life. This is why there are different kinds of STIN. One for staying classy and one for going strong, one for sweet dreams and one for moments you wanna feel special – which you will when tasting our Distiller's Cut. Not just because it comes in a limited edition, but because it's an unusually intensive gin, even more aromatic than the other. The Distiller's Cut is made for a distinguished taste, distinguishing itself through a main ingredient: Pears from our gardens in Southern Styria replace the apples we use otherwise.

The rest stays the same: Elderflower from Eastern Styria, juniper, oranges – it's 28 botanicals we distill in a copper kettle and small batches – make for a fine diversity of flavours. The pears add individual notes. In every one of the 999 available bottles, a true limitation. Naturally without limits when it comes to taste. 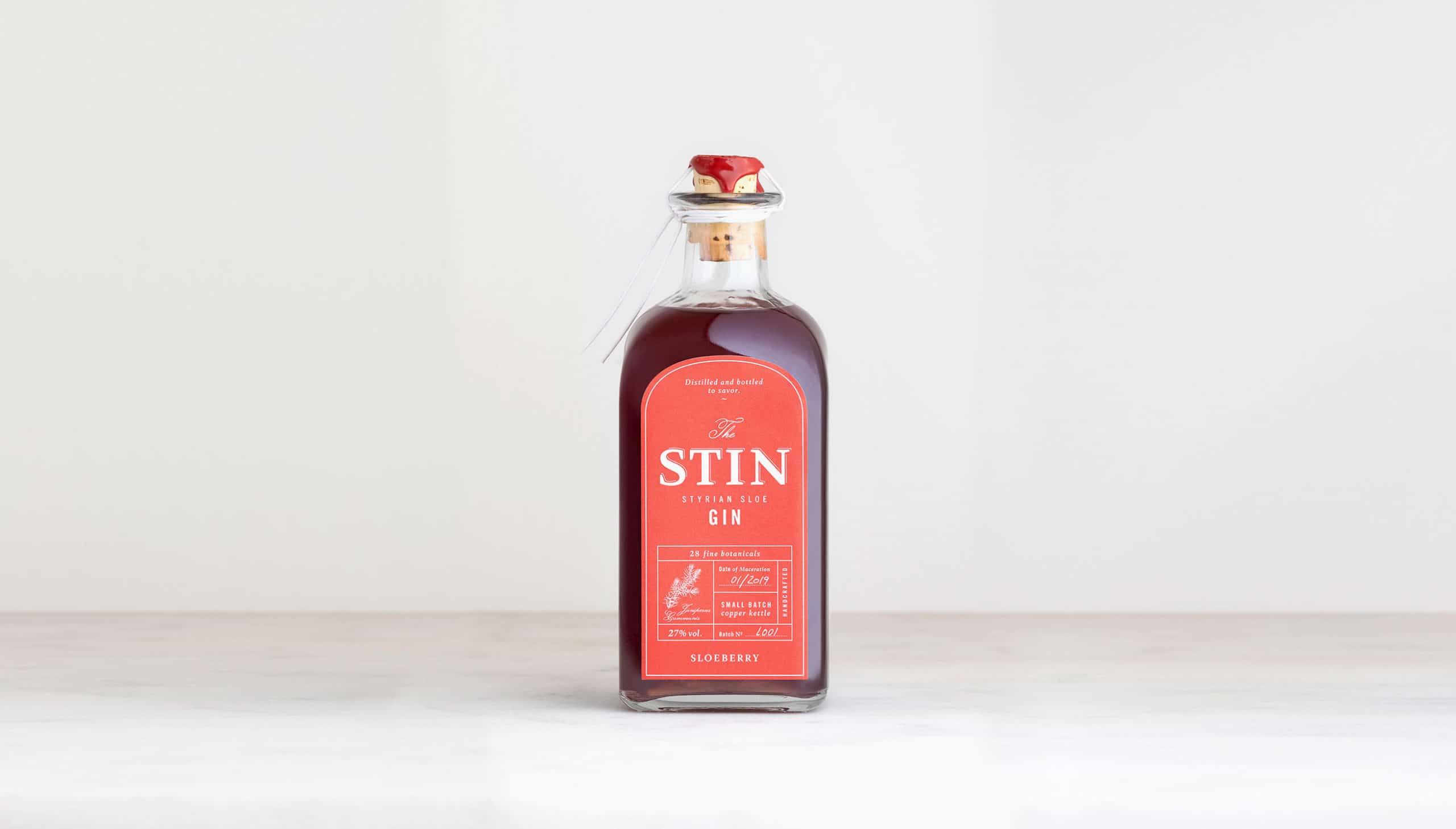 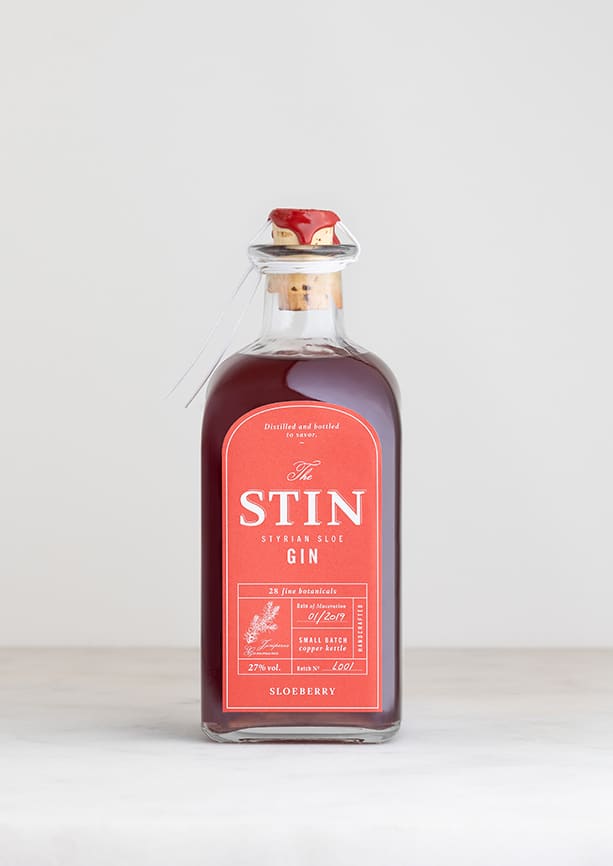 When we see red, that's good news. Namely for everyone who has acquired a taste for sloeberries. But first we mix – as ever – juniper, apples from Southern Styria, elderflower from Eastern Styria, lemons, oranges, caraway, coriander, ginger, cardamom and pepper in our copper kettle, where we distill it in small batches. This is how the for STIN distinctive diversity of flavours comes from.

We reduce the high alcohol strength by using Styrian spring water. Then we add sloeberries with sugar and macerate it for a few weeks. A real ordeal that ends with a tasting: berry good. Due to this combination our STIN becomes even more fruity, while the mid palate taste is preserved. The Sloeberry is unfiltered and bottled as such. Without additives or preservatives. But with lots of love, naturally. 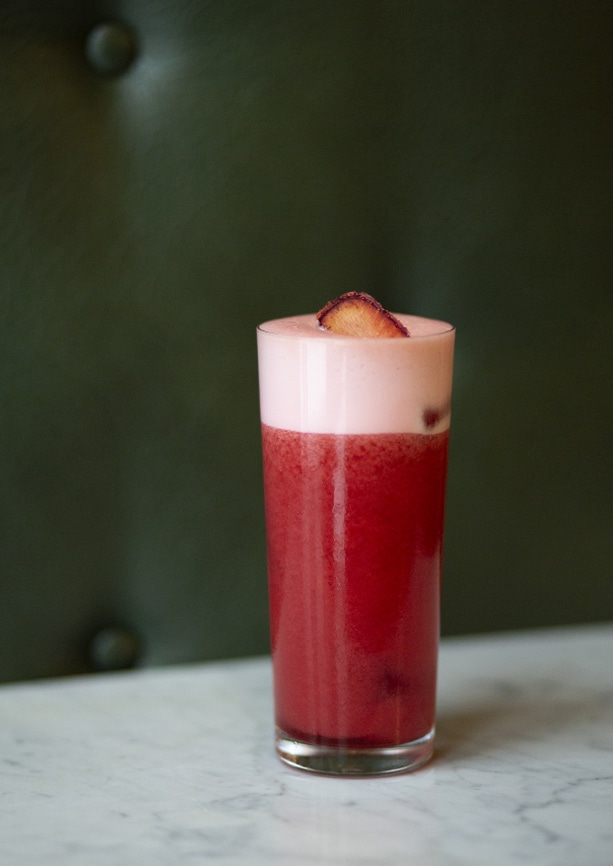 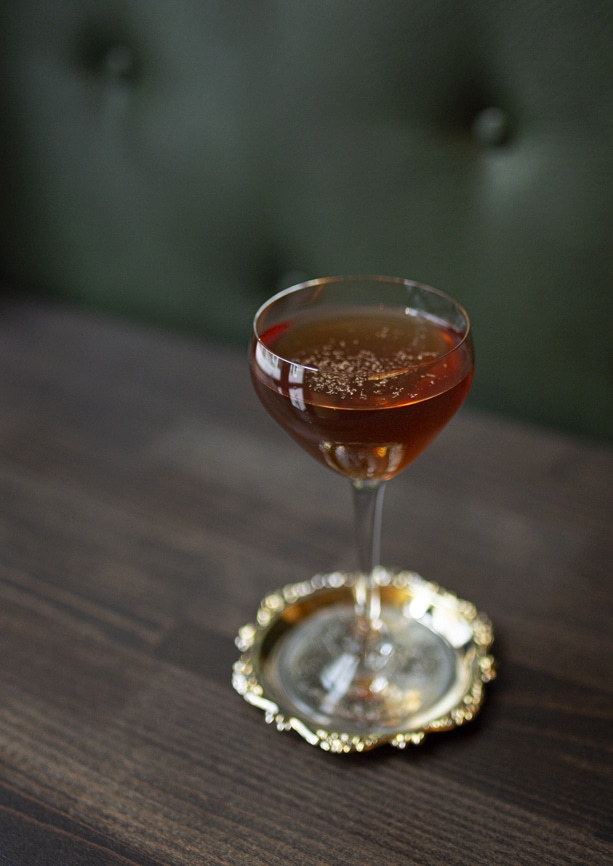 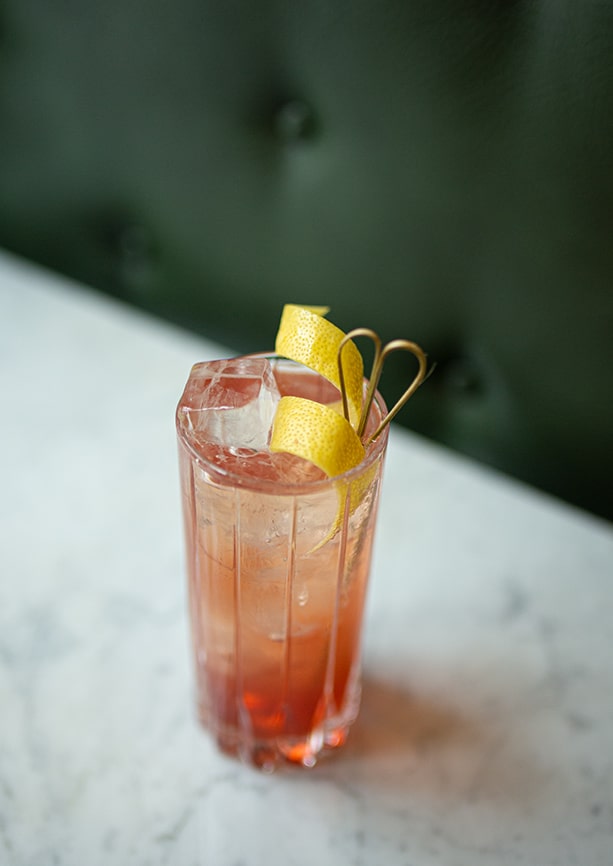 Once ready to enjoy, Classic Proof, Overproof and Sloeberry are special kinds of gin. Until then we put all our heart and 28 fine botanicals into the production. Carefully chosen and distilled in small batches: for big moments in taste.

Our STIN traditionally is distilled in a copper ke

Today we're getting cozy with our all time favorit

And back in stock since last week: Our STIN Minis

Did you know that in addition to STIN, you can als